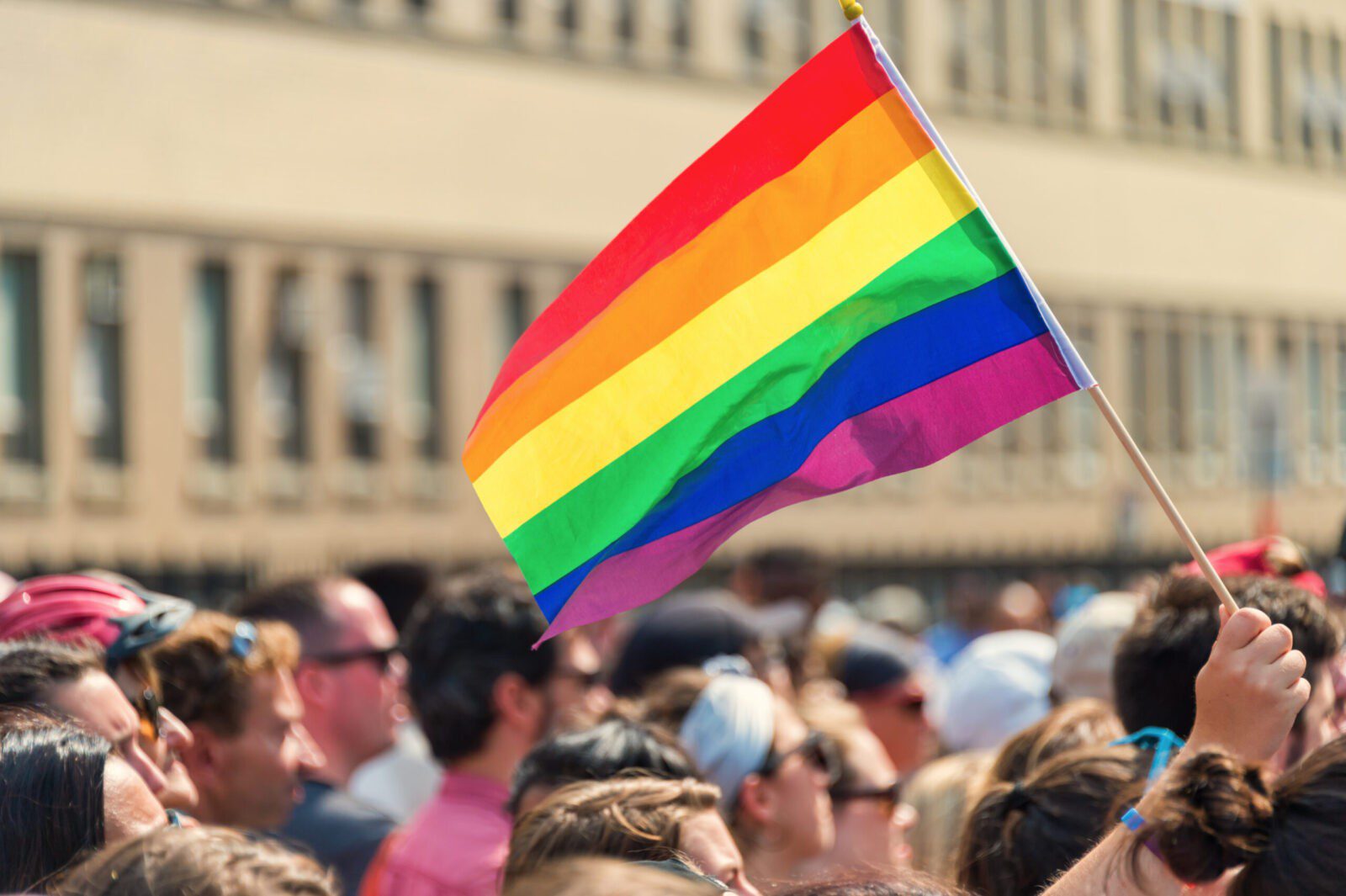 2020 will assuredly go down as a landmark year in history books. Global pandemic aside, this has been a critical year in terms of civil rights. In the midst of all of the chaos and what has seemed like day after day of disheartening news, there were in fact some positive strides made for the LGBTQ+ community this summer. In a historic ruling on June 15th, 2020, the Supreme Court officially made workplace discrimination against LGBTQ+ individuals illegal. Until this point, it was still legal in more than half of the U.S.’s fifty states to fire an employee on the basis of being gay, bisexual, or transgender. The court ruled that this civil protection was ensured by the language of the 1964 Civil Rights Act, effectively making this discrimination illegal on a federal level.

Speaking to the momentous nature of this ruling, Steve Vladeck, CNN Supreme Court analyst said,  “On its terms, the decision is only about discrimination in the workplace, but it inevitably opens the door to a host of other challenges to discrimination on the basis of sexual orientation or transgender status on the ground that it, too, is impermissibly based upon sex. In that respect, only the court’s 2015 ruling recognizing a constitutional right to same-sex marriage may be equally as significant.”

While this is a massive step in the right direction for LGBTQ+ rights, there is unfortunately still a very long road ahead before a semblance of equality can be achieved for this community. After all, this sort of shift in cultural thought and acceptance does not simply happen overnight. It results from decades’ worth of protesting and educating in the midst of normalized hatred and discrimination. From 1969’s Stonewall Riots (which many mark as the first “Pride”) to the horrific anti-gay murder of Matthew Shepard in 1998 and thousands of homophobic aggressions in between, this fight has been a very long, and oftentimes violent one. While American society and legislation still have an incredible amount of work to do to create an inclusive, equal experience for LGBTQ+ individuals, just how far have we come so far? We’re going to delve into a brief history of legislation regarding LGBTQ+ rights in the United States (source: CNN), which wouldn’t have been possible without the work of so many. Please remember, by absolutely no means is this list all-inclusive.

1924 – Yes, the first documented gay rights organization in America was founded all the way back nearly a century ago. The Society of Human Rights was started in Chicago by Henry Gerber, but unfortunately the gay rights movement wouldn’t pick up steam for another 40 years or so.

1961 – Illinois repeals their sodomy laws, and subsequently decriminalizing homosexuality. They are the first state to do so.

1969 – Protests begin in reaction to a police raid of the Stonewall Inn in New York City. This incident would be recognized as the impetus for the U.S. gay civil rights movement.

1975 – The first federal gay rights bill regarding discrimination based on sexual orientation is introduced, and eventually goes to the Judiciary Committee.  Unfortunately, it is never brought for consideration.

1976 Professional tennis player Renee Richards (who had undergone gender reassignment surgery) is banned from competing in the women’s US Open on account of its “women-born-women” rule. Richards’ challenging of this decision would go all the way to the New York Supreme Court, who ruled in her favor in 1977.

1993 – President Bill Clinton prohibits openly gay Americans from serving in the military via a military policy directive. Simultaneously, this directive prohibits the harassment of “closeted” homosexuals. This policy would famously come to be known as “Don’t Ask, Don’t Tell”, and problematically bans openly gay individuals from serving in the military.

1995 – As part of the Violent Crime Control and Law Enforcement Act of 1994, the Hate Crimes Sentencing Enhancement Act goes into effect. This law enables a judge to impose harsher sentences if there is evidence that a victim was targeted due to “actual or perceived race, color, religion, national origin, ethnicity, gender, disability, or sexual orientation of any person.”

1996 – The Defense of Marriage Act is signed into law by Bill Clinton. This  bans federal recognition of same-sex marriage, and officially defines marriage as “a legal union between one man and one woman as husband and wife.”

1996 – A judge in Hawaii rules that the state cannot legally deny same-sex couples of the right to marry.  This makes Hawaii the first state to recognize that gay couples are entitled to the same rights as heterosexual married couples.

2004 – The first legal same-sex marriage in the United States occurs in the state of Massachusetts.

2006 – The New Jersey Supreme Court rules that gay couples must be provided the rights and benefits of marriage by state lawmakers.

2008 –  Proposition 8 is approved by voters in California, which makes same-sex marriage illegal. This legislation would later be found unconstitutional by a federal judge.

2009 – President Barack Obama signs the Matthew Shepard and James Byrd Jr. Hate Crimes Prevention Act, officially making it a federal crime to assault someone because of their sexual orientation or gender identity.

2011 – “Don’t Ask, Don’t Tell” is repealed, ending a ban on gay men and women from serving openly in the military.

2013 –The US Supreme Court decides in United States v. Windsor that legally married same-sex couples are entitled to federal benefits.

2018 – A policy from Trump administration bans most transgender people from serving in military. The Supreme Court allows the ban to go into effect after several court battles.

2019 – New York becomes the sixth state to pass a law banning the use of the so-called “gay and trans panic legal defense strategy.” This ruling bans any courtroom tactic which asks a jury to find that a victim’s sexual orientation or gender identity is to blame for a defendant’s violent reaction.

2020 – Supreme Court rules that federal law protects LGBTQ+ workers from discrimination. The landmark ruling extends protections to millions of workers nationwide and is a defeat for the Trump administration

With these fast facts regarding this long struggle towards liberation and equality, it’s even clearer to see just what significance the 2020 Supreme Court ruling holds for the LGBTQ+ civil rights movement, and how monumental the 2015 ruling was which legalized same-sex marriage on a federal level. In light of being unable to legally marry until 2015, many LGBTQ+ couples lived together in civil unions or domestic partnerships for years, or even decades, before legislation allowing marriage for these individuals was passed.

Civil unions were actually not created until 2000, when Vermont became the first state to implement the practice. Civil unions were a sort of work-around while same-sex marriage was still illegal, effectively granting same-sex couples the same rights and responsibilities of marriage at a state level, but not offering any federal protection. Domestic partnerships registries exist in some states, but can widely vary. This sort of partnership, available to non-married couples who share a domestic life, grant some rights (hospital visitation, survivorship, etc.) but fewer than a civil union, and certainly much fewer than marriage.

Marriage-enabled rights and benefits include a federally/state-to-state recognized partnership, tax break eligibility for joint-filed returns, sponsoring or co-sponsoring a non-American partner, and much more. In fact, in 1997 the General Accounting Office released a list of 1,049 benefits/protections that were available to heterosexual married couples. Civil unions, of course, only cover a fraction of these.

When the right to marriage for LGBTQ+ couples surfaced 5 years ago, it was long overdue. The fact of the matter is, heterosexual and LGBTQ+ couples alike who have been together for a long time (whether they are in a civil union or domestic partnership), share assets, and plan on marrying can heavily benefit from obtaining a prenuptial agreement (prenup).  While prenups may not sound romantic, obtaining one is not only a good financial decision, but can be extremely beneficial to starting a marriage off on the right foot. A prenup can help couples to protect their premarital assets, and establish how assets that they owned together before marriage will be divided in the case of a divorce. A general rule of thumb is that the older the engaged individual is or the longer that a couple has been together, the more beneficial a prenup can be, as there are often more assets at stake. Furthermore, it’s proven that couples who discuss money regularly have happier marriages. Even if you have been together for a significant amount of time and already make it a point to discuss money, the asset-sharing that comes with marriage creates a new level of monetary discussions and decisions to be had- and the most efficient way to lay it all on the table is with a prenup.

HelloPrenup is the first online service that makes obtaining an enforceable prenup simple, affordable and efficieint. Explore our “About Us” page to learn more about what we do differently to make obtaining your prenup seamless. Explore HelloPrenup’s “FAQ”, “About Us”, and “How It Works” pages to gain a better understanding of how prenups work, what they can and cannot include, HelloPrenup’s creation process, and why we are the clear choice when it comes to drafting your prenup efficiently, at a fair price, and in way that will empower your relationship.

All content provided on this blog is for informational purposes only. HelloPrenup, LLC (“HelloPrenup”) makes no representations as to the accuracy or completeness of any information on this site. HelloPrenup will not be liable for any errors or omissions in this information nor for the availability of this information. These terms and conditions of use are subject to change at any time and without notice. HelloPrenup provides a platform for contract related self-help. The information provided by HelloPrenup along with the content on our website related to legal matters (“Information”) is provided for your private use and does not constitute legal advice. We do not review any information you provide us for legal accuracy or sufficiency, draw legal conclusions, provide opinions about your selection of forms, or apply the law to the facts of your situation. If you need legal advice for a specific problem, you should consult with a licensed attorney. Neither HelloPrenup nor any information provided by Hello Prenup is a substitute for legal advice from a qualified attorney licensed to practice in an appropriate jurisdiction.

Don’t be like Ben and Kevin. We are here to help

May we never forget those who lost their lives, th

Have you created a HelloPrenup already? We're givi

You've seen what happens to your parents, or your

When you have a baby, you get life insurance. When

We know, you and your fiancé are totally in love.