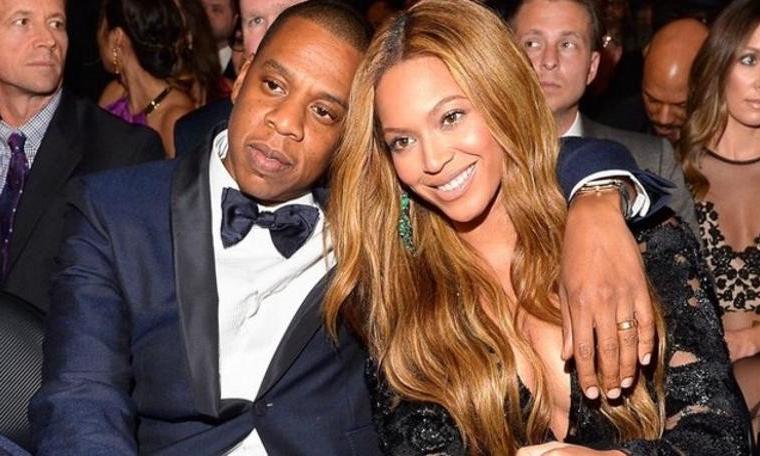 Though prenups are assuredly not just for the rich & famous anymore, it’s undeniable that in a celebrity marriage, the stakes are especially high. There’s more money, fame, paparazzi, and usually drama, to deal with. After all, if you sit down to watch any entertainment news show, you will likely find that most of the segment is spent discussing celebrity relationships, rather than celebrities themselves. While we wholeheartedly believe that prenups are a smart idea in any marriage, they may be especially strategic for celebrity couples who, according to Medium, divorce at 52%, or twice the rate of the average population. From the greedy to the bizarre to the thoughtful, we’re going to take this opportunity to explore some of the wackier prenups that have been drafted and signed by the stars. From lifestyle clauses, weight limits, and mandatory date nights – celebrities truly seem to think of everything. 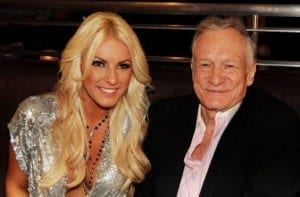 Hugh Hefner, the notorious Playboy mogul, gave marriage a third try in 2012 when he married Playboy Bunny Crystal Harris, who was 60 years his junior. Before their big day, Hefner and Harris signed a prenup that prohibited Harris access to any of Hefner’s multi-million dollar fortune, or ownership of the Playboy Mansion estate. But they clearly married for love anyway, right? Additionally, the prenup stated that upon divorce or Hefner’s death, Harris could not continue to live in the Playboy Mansion. These terms admittedly seem especially harsh towards Harris, though it’s important to remember that they were agreed upon by the couple before signing. The two stayed married until Hefner’s death, and even though Harris did not get an inheritance, sources close to her claim that she is being taken care of. 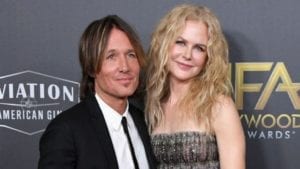 Sources have said that Oscar-winning actress Nicole Kidman really had to be talked into agreeing to a prenup. Regardless, Kidman and her cowboy casanova husband, country star Keith Urban, went through with a prenup before getting hitched in 2006. The terms of the prenup reportedly state that Keith Urban is set to receive $640,000 annually from his wife throughout the duration of their marriage. There is a catch, however. Since Urban is a recovered cocaine addict and has now been sober for a decade, the couples’ prenup apparently states that if Urban begins using again, he will lose claim to these annual earnings. 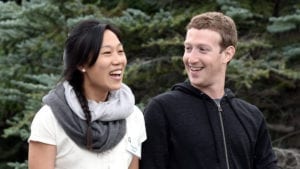 As of August 2019, Business Insider reports that Facebook founder Mark Zuckerberg had a net worth of about $68.2 billion, making him the fifth-richest person in the world.  It’s no surprise that with such grandiose assets, Zuckerberg and his wife, Priscilla Chan, decided to get a prenup. What’s more unusual about their prenup though, is some of the lifestyle clauses they have decided to include. Under the conditions of the prenup, Zuckerberg is obligated to take his wife out on a date once every week. Additionally, according to the prenup, Chan is promised 100 minutes of alone time every week outside of the office or home. Not necessarily bizarre as much as they are unusual, these lifestyle clauses seem to have been made to support a healthy marriage. So, why not put them in a prenup? 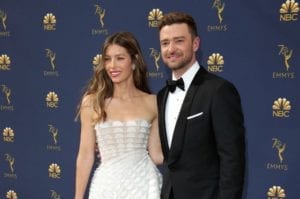 Whether you think Biel is jealous or simply just doesn’t want to take any chances, the prenup between musical superstar Justin Timberlake and actress Jessica Biel includes an infidelity clause. This clause purportedly grants Biel half a million dollars if Timberlake is ever caught cheating on her. That’s one way to prevent infidelity. 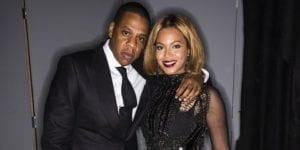 When you think of a definitive power couple, it’s very likely that you think of Jay-Z and Queen B. With a combined net worth of over $1 billion, the couple has some multi-million dollar prenup arrangements when it comes to child-bearing. Their prenup purportedly outlines that for every child the couple has together, Beyonce is entitled to $5 million. Lucky for Beyoncé, it’s likely safe to assume that the birth of her twins in 2017 welcomed double the revenue for her. In addition to this clause,  Beyoncé has ensured within the prenup that she will be earning money regardless of the fate of her marriage. Though they have now been married for over a decade, if Jay-Z and Beyonce’s marriage ended in divorce in less than 2 years’ time, Beyoncé would have been entitled to $10 million in addition to the typical asset division from the marital estate. Though the pair never had to put that clause to use,  Beyoncé still earns $1 million extra from the estate every year that the couple remains married. This clause is only in effect for 15 years of marriage though, so once 2023 hits, it is likely that this clause becomes null and void if the couple is still married. 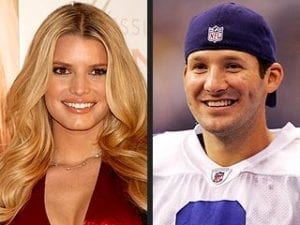 This pair never ended up officially tying the knot, but they did have a prenup drafted in preparation for the big day that never came about. In all reality, it’s probably a good thing that this marriage never happened, because their prenup contained a weight limit clause that could definitely be seen as borderline abusive, or at the very least, controlling. A lifestyle clause written into the prenup between the Daisy Duke actress and pop singer Jessica Simpson and star Dallas Cowboys quarterback Tony Romo stated that Simpson was not allowed to weigh above 135 lbs. throughout the course of the marriage. If she did go above this low weight limit, she would owe Romo $500,000 for every pound above 135 lbs. that she gained. Ummmm, we do not recommend ever implementing such a controlling clause in a prenup! 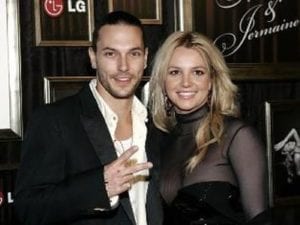 Needless to say, the stories associated with celebrity prenups can be pretty out there. However, Britney Spears and Kevin Federline may take the cake. The couple, married for just over 2 years in the mid-aughts, went as far as to host an elaborate sham wedding in order for Britney to protect her fortune with a prenup.

Spears, 24 at the time, purportedly hired an extensive legal team to create an ironclad prenup to protect all of her assets in the event of her divorce from Federline, or K-Fed, as he has come to be known. Spears’ variety of companies, including Britney Brands, BritneyFilms, Britney Online, Britney Touring, Fairy Zone Productions, One More Time Music and Britney Television, were all included as protected assets within the prenup, which ended up being a whopping 60 pages long.

To get the paparazzi off of their case, Spears and Federline decided that they had to act fast and get hitched sooner rather than rather. The couple married in a relatively modest ceremony at a friend’s house outside of LA on September 18, 2004. Initially, this wedding was supposed to be the real deal. But problematically, K-Fed had not signed the prenup yet. In an arguably genius move, Spears went through with the ceremony to appease the press, but drew up a watertight contract to ensure that the ceremony was not legally binding (ok, we are sure it was actually her very concerned attorneys who did this…). This way, K-Fed would not earn the rights to any of Spears’ significant assets.

A few weeks later, the couple was legally wed in a secret ceremony on October 6, only after K-Fed had finally signed the prenup. In addition to protecting all of Britney’s assets, the prenup did allegedly reward K-Fed a certain amount of money for every year that they remained married. It’s speculated that these payments would have had a 30 day grace period, which clarifies why Spears filed for divorce exactly 2 years and 1 month after her legal wedding – so she wouldn’t have to give K-Fed another year’s payment. Another smart move by the “Princess of Pop.”

In the end, the prenup entitled K-Fed to only a $300,000 payout from the divorce. While that may seem like a lot to the average person, this was a small price for multi-millionaire Britney to pay for a marriage that she later referred to as her “biggest mistake.” 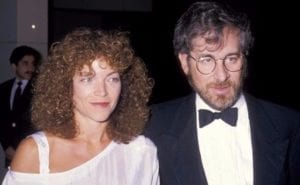 Acclaimed director Steven Speilberg and his then-aspiring actress wife, Amy Irving, are perhaps the best example of how not to write a prenup. Married for just four years in the mid -late 1980s, the couple had taken due precautions and written a prenup. The only issue was, it was written on the back of a cocktail napkin, and therefore, ruled invalid by a judge. Had the couple been a bit more vigilant in ensuring a legally sound prenup, things may have gone a bit better for Speilberg, who lost nearly half of his net worth in his $100 million payout to Amy Irving. 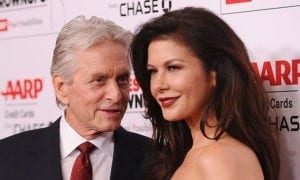 Similarly to Jessica Biel and Justin Timberlake, the prenup between actor Michael Douglas and actress Catherine Zeta-Jones includes a lifestyle clause entitling Zeta-Jones to a payment if Douglas is caught cheating.  Additionally, Zeta-Jones earns $2.8 million annually for every year that the marriage remains intact. When questioned about her prenup in Vanity Fair, Zeta-Jones stated, “‘I think prenups are brilliant…I get taken care of very well.”

Even though many of these celebrity prenup cases are extreme and at times unusual, it’s important to look at just how useful prenups have been for some of these star couples. Without a prenup, Britney Spears could’ve easily lost half or her net worth, if not more, in a divorce settlement. Keith Urban and Nicole Kidman’s prenup helps motivate Urban to stay clean and drug-free for his family, while Mark Zuckerberg and Priscilla Chan’s prenup is designed with clauses to ensure their marriage is a healthy one, that never loses the importance of date night. While the options of lifestyle clauses you can include in a prenup are nearly limitless, the main purpose of a prenup is to ensure your assets are protected, and that’s vital, celebrity status or not.

If you’re a millennial, chances are you considered a prenup

The Idea of a Prenup Has Changed In the past, a lot of people assume a famous or rich person is involved when someone mentions a prenup. A prenup, short for a prenuptial agreement is an agreement made between two people before marrying that establishes ownership of...

Single parent prenups: Clauses that can help protect you and your kids

Congrats! Your family is growing. You’re expecting (again!) Except this time, you’re adding an adult human to the mix. You’re elated. You’ve always wanted a partner to go through parenthood with and you are super excited to bring on an equal that will help raise your...

A HelloPrenup Users Experience: 10 Things I Didn’t Expect About Getting Engaged

We’re all glad the year 2020 is over. And in more ways than one, it will be a year we will never forget. And for me, there was one great thing that happened during it that made it special.  In mid-October my boyfriend and I went with some friends to a pumpkin patch....

So you’ve raised your capital, you’ve sweated out a business plan, and your logo looks damn good on your website. You’ve created a roadmap for your vision and now you’re the proud owner of a business. Congrats on this accomplishment and good for you for bringing your...

You’re engaged! You’re elated! You’re that fiancé that just keeps jabbering on and on about all of the wedding details to your friends, family, grocery clerk, and even your dog. We’ve been there too, and we are totally here for it. There’s so much to look forward to...

Cheers to making it through the good, the bad, 202

Perspective is everything. ✨ - #prenup #hellopre

Most important: It’s none of their business 👋

If a contract is void, it basically means that it