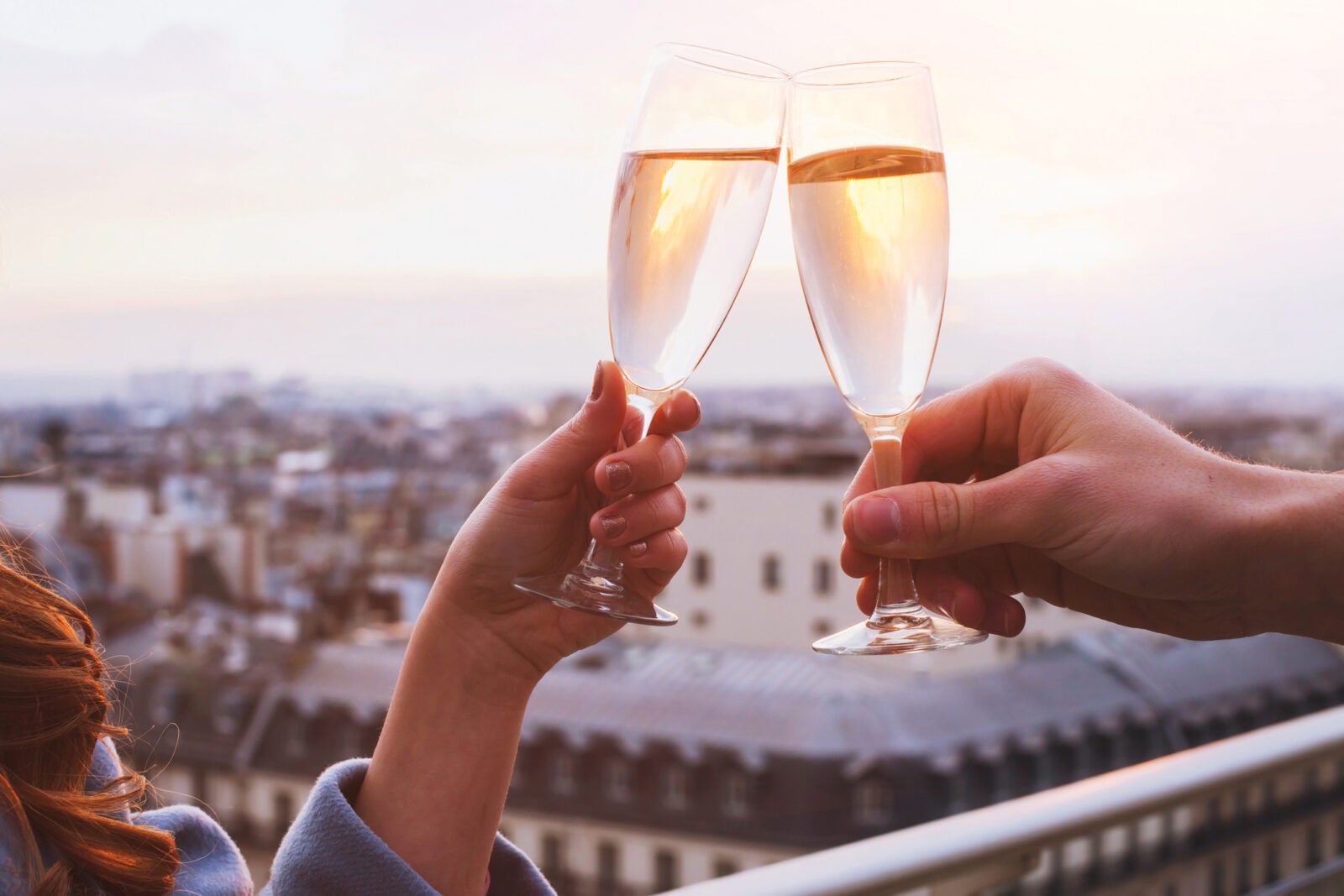 Changing Your Last Name? Read This!

There are so many decisions to make when planning a wedding. From the color of the table cloths to the font on the wedding invitations, most of these little choices will not impact you long after your wedding day. Changing your name, however, is a decision that will virtually last a lifetime. In 2017, the New York Times reported that the number of women keeping their maiden names has been on the upswing in recent years. While whether or not a person decides to take their husband’s name is an extremely personal decision, here are a few things engaged couples can take into consideration as the big day approaches.

Before we delve in to the factors that will affect your potential name change here and now in the 21st century, it’s worthwhile to dig in to the history of the tradition. In England during the early medieval times, most people were just known by their first name or “Christian name”, which was given to them at baptism. As the population grew and people started to travel around more, it became more difficult to distinguish among the many Richards, Thomases or Marys. Thus, last names were born. Initially, these names were assigned based on lineage, occupation, or the physical location where the person came from.

The practice of a wife taking her husband’s last name wouldn’t become an issue for lawmakers until the ninth century, when people started to consider the legal implications of marriage and families. Under the law, married women were considered to be “one” with their husbands, which is the ideology under which the doctrine of coverture was created. Coverture literally means “covered by”, and under coverture, a woman’s legal rights were absorbed by those of her husband. This meant she had no legal identity apart from her spouse. For this reason, brides were required to take their husband’s last name as their own.

Even before she got married, a woman was under the “coverage” of her father, whose last name she had from birth. Therefore, coverture laws impacted a woman throughout her entire life, and prevented her from entering contracts, engaging in litigation, doing business, or owning property or real estate. Former Justice Abe Fortas of the United States Supreme Court in United States v. Yazell, put it well when he said, “[c]overture… rests on the old common-law fiction that the husband and wife are one, [and] the one is the husband.”

Changes to the Law

Surprise, surprise – women eventually started to get sick of being non-existent under the eyes of the law. As first-wave feminism swept the United States through the mid-1800s, the Married Women’s Property Acts were passed, granting women individual legal status. This meant that women were now able to sign contracts, participate in business, and acquire property. With this legal evolution came an uptick in the number of women who chose to keep their maiden names after marriage. After all, their names would now bear legal significance.

From this point on, the law would slowly continue to grant women more legal rights in conjunction with their maiden names. In the 1970s, the U.S. Supreme Court finally abolished a law in Tennessee that had required women to take their husband’s last name before they could register to vote. Around this same time, the prefix, “Ms.” gained popularity, giving women a way to identify themselves beyond their marital status.

Now that coverture isn’t so close in our past, only about 20% of women choose to keep their maiden names – a lower percentage than in the 1970s and 1980s. Additionally, with same-sex marriages now legalized in the United States, the future of married last names will assuredly continue to evolve.

You probably won’t realize just how many things you have linked to your name until it comes time to change it. If you do decide to change your name, be prepared to go through a tedious list of tasks to finally make it ~official~. The first document bearing your shiny new nomenclature will be your marriage license. You’ll need the original (or certified) license in order to move forward in officially changing your name on your social security card, driver’s license and more. In other words: make sure your phone is equipped with plenty of games, because you’re going to be waiting in some painfully long lines throughout the process. Don’t feel like dealing with the details, or just want to make the process simple and quick? Consider using an online service like MissNowMrs to streamline the process. And at a base price of $29.95, you cannot go wrong with a service like this!

Many banks will also require seeing both your marriage license and updated form of I.D. From there on, you should be alright to inform all other parties with just your driver’s license or social security card. However, don’t forget to alert everyone from your attorney, to your doctor, to your company’s payroll office.

Bonus hack: You put a lot of spending into earning those air miles, so don’t lose them! Make sure you contact any airlines you have miles with to ensure those points get transferred under your new name, too.

As we’ve already mentioned, whether or not you change your name is an extremely personal decision. However, your family — as well as your future in-laws — are almost bound to have an opinion on the matter. While your own family may be pushing for you to keep your seemingly impossible-to-pronounce last name as a connection to your ancestry, your in-laws may be expecting you to take their family name. No matter the outside pressures, remember that it’s ultimately your decision, and hopefully all parties are on board with whatever you decide. But if they’re not, it may be worth having a sit-down with anyone opposed; that way you can explain the reasoning behind your choice.

If you and your spouse are planning on having kids, you may also may want to consider what your children’s last names would be. Consider whether or not you would feel comfortable having a different last name than them. If you already have kids, it’s a good idea to have a conversation with them about your potential name change.

Those with careers closely linked to their names may be especially hesitant to go through a name change. While some may feel like their merit/positive reputation is associated with their name, others may simply want to avoid the potential confusion a name change could cause for clients. Of course, there is always the option to change your name personally while keeping your maiden name professionally. While there’s still potential for confusion with this choice, it ultimately comes down to your preference.

Ultimately, the name changing tradition has roots in outdated, patriarchal marriage constructs. Back in the day, a wedding signified a bride becoming her husband’s legal property, and thus ultimately losing her own personal identity (and name) under the law. These old school values are enough to make some want to avoid the tradition all together.

Waiting for Others to Get Used to Your Married Name

There’s really no winner when it comes to other people getting used to your married name — whether it’s different or not. Chances are that if you decide to keep your maiden name, you’ll get loads of wedding cards addressed to “Mr. & Mrs. _______” regardless. Simply put, many people still have a traditional mindset, and will naturally expect your name to have changed. On the other hand, if you do take your spouse’s name, it will assuredly take people who have been close to you — like coworkers and friends — a little while to get used to your new last name. Moral of the story? Be patient and anticipate some slip ups.

It’s worth noting that the name change game isn’t an end-all be-all between keeping your name or taking your spouse’s. Some other possible options include:

Hyphens! They’re not just for Catherine Zeta-Jones and Olivia Newton-John anymore. Get the best of both worlds and keep your name while taking your spouse’s. Some couples may hyphenate their individual last names along with each others, while in some cases just one partner might hyphenate. Either way, if you hyphenate, its best to begin practicing that new, elongated signature sooner rather than later.

Get those creative juices flowing, because if this option is right for you, it could be a lot of fun.

Maybe both of you hate your last names, or maybe you simply want to do the whole name changing process together. Many couples who choose to get a new last name together combine both of theirs in some way. However, have no fear if you and your partner’s names just don’t mesh well together. Couples can pretty much have their pick of the litter when it comes to changing their names.

We’ve said it before and we’ll say it again, at the end of the day, the decision comes down to you. You are the one who has to go by your name – not your friends, family, in-laws or even your partner. If you’re looking to tie the knot, take some time to consider the points we’ve covered before you decide one way or the other.

Want to learn more about prenuptial agreements? Watch our informational videos here or learn about our process here.

If you’re a millennial, chances are you considered a prenup

The Idea of a Prenup Has Changed In the past, a lot of people assume a famous or rich person is involved when someone mentions a prenup. A prenup, short for a prenuptial agreement is an agreement made between two people before marrying that establishes ownership of...

Single parent prenups: Clauses that can help protect you and your kids

Congrats! Your family is growing. You’re expecting (again!) Except this time, you’re adding an adult human to the mix. You’re elated. You’ve always wanted a partner to go through parenthood with and you are super excited to bring on an equal that will help raise your...

A HelloPrenup Users Experience: 10 Things I Didn’t Expect About Getting Engaged

We’re all glad the year 2020 is over. And in more ways than one, it will be a year we will never forget. And for me, there was one great thing that happened during it that made it special.  In mid-October my boyfriend and I went with some friends to a pumpkin patch....

So you’ve raised your capital, you’ve sweated out a business plan, and your logo looks damn good on your website. You’ve created a roadmap for your vision and now you’re the proud owner of a business. Congrats on this accomplishment and good for you for bringing your...

You’re engaged! You’re elated! You’re that fiancé that just keeps jabbering on and on about all of the wedding details to your friends, family, grocery clerk, and even your dog. We’ve been there too, and we are totally here for it. There’s so much to look forward to...

Cheers to making it through the good, the bad, 202

Perspective is everything. ✨ - #prenup #hellopre

Most important: It’s none of their business 👋

If a contract is void, it basically means that it